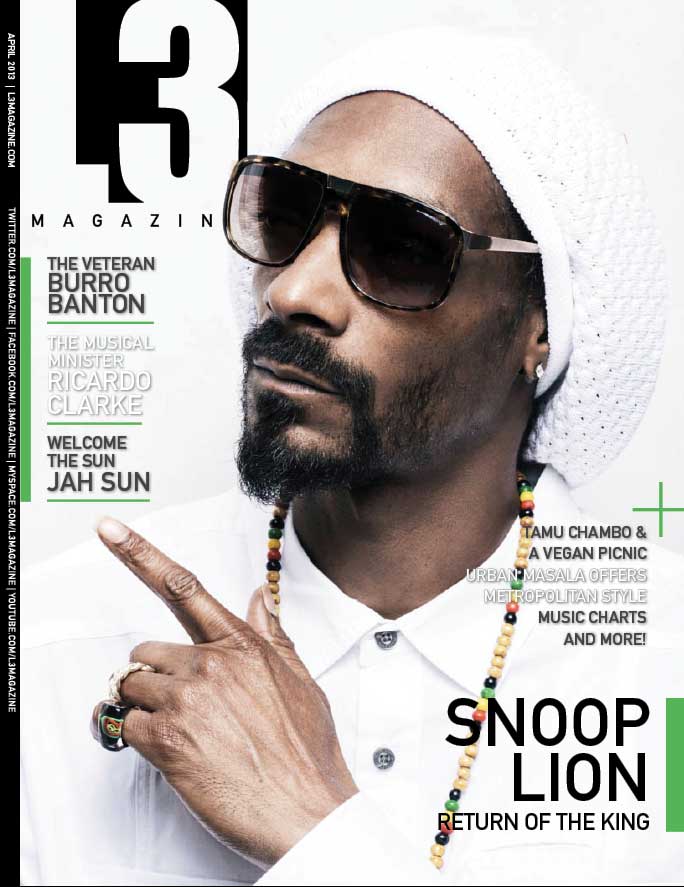 April marks the arrival of Spring, and just as there’s a season change, there’s a change with Snoop Dogg who now goes by the name of Snoop Lion.

Interviewed by L3’s Natasha Von Castle, Snoop Lion speaks candidly about his conversion to Rastafarianism and how that conversion is now influencing his music. In addition to the question of what it’s like for an American to perform with the Patois dialect, Natasha also asks Snoop if there’s an ulterior motive with Mind Gardens. His answer might surprise readers.

As an artist representing the West Coast of the United States, Tricia ‘ZJ Sparks’ Spence sits down with Jah Sun in Jamaica to talk about his career, and the success he’s had as a Reggae artist, especially in the realm of publishing. Similar to Snoop Lion, Jah Sun speaks on the incredible influence of Bob Marley on him as a person, and the music he creates.

Honoring one of Jamaica’s Dancehall legends, Pia Jordine speaks to Burro Banton on his long standing career, as well as the countless artists he’s influenced and who have patterned his style of lyrical delivery. Dancehall aficionados will want to hear the latest from the living legend.

Rounding out our interviews, Heike Dempster speaks to Bahamas’ own Ricardo Clarke who shares what it is to be in the business of musical ministry. The artist also shares the impact of his catch phrase ‘Don’t Count Me Out.’

Product reviews include Tre Semme’s Keratin line which according to Jennifer Menster works well with all hair types, Mr. April is Toronto’s top model and artist Raphael, and recipes from Tambou designed for strict vegans that can be enjoyed by all as well as music charts and more.

L3 Magazine features articles, music and fashion from the Caribbean Diaspora. UK reggae artist, Gappy Ranks is featured on the March cover! Click the image below to read. 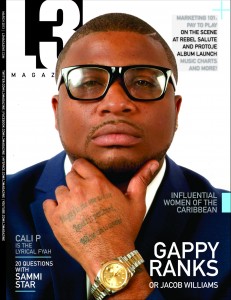 L3 Magazine features articles, music and fashion from the Caribbean Diaspora. Trinidad and Tobago Soca artiste, Patrice Roberts, sizzles on the February cover! Click the image below to read. 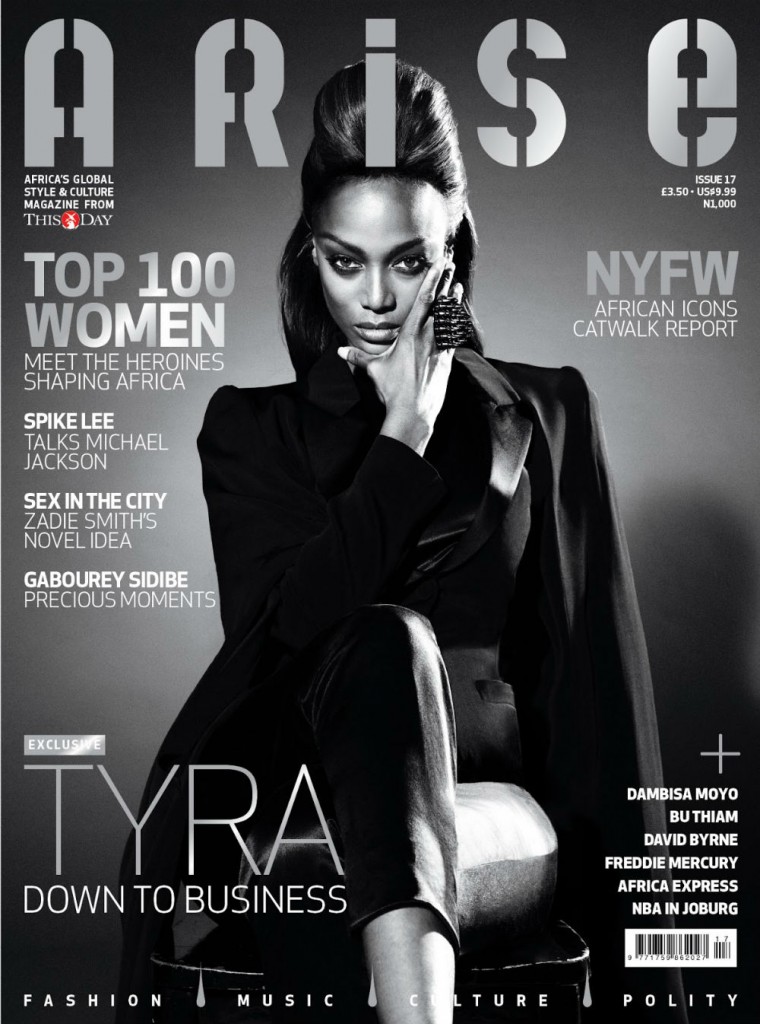