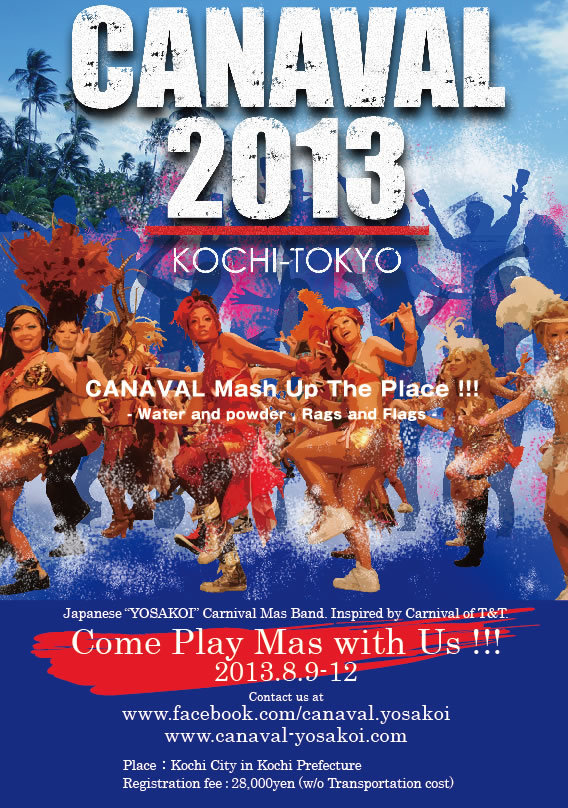 Canaval 2013 is a Japanese Yosakoi* Carnival band deeply and lovingly inspired by the world’s third largest carnival of Trinidad and Tobago!

If you are in Japan join us in the beautiful town of Kochi on the southwestern island of Shikoku, Japan. Map

*Yosakoi (よさこい) is a unique style of dance that originated in Japan. Yosakoi started in the city of Kōchi in 1954, as a modern rendition of Awa Odori, a traditional summer dance. Yosakoi-style dancing has spread throughout much of Japan. The style of dance is highly energetic, combining traditional Japanese dance movements with modern music. The choreographed dances are often performed by large teams. Along with a number of professional yosakoi schools and town dance teams, yosakoi is also a popular event during the sports festivals held by Japanese elementary, junior, and senior high schools. Yosakoi participants include men and women of almost all ages – sometimes within a single team. In the dialect of Tosa province (modern-day Kōchi Prefecture), “yosakoi” means “Come at night.” (Courtesy of Wikipedia)