Can you feel it? The splendid chaos spinning ever closer, swallowing inhibitions and ceding fevered permission to revelers, calling them to succumb and finally take flight on the Wings Of Desire.

TRIBE Carnival in collaboration with Precision Productions have come together to craft yet another first for this yearly festival. They are giving masqueraders the unmatched experience and luxe indulgence of soaring through the city and letting their sultry side free, evoking envy, lust, and more than one blush, as they proudly tempt and charm in a swirling vortex of glamorous plumage to their very own TRIBE Riddim.

In order to steer such a momentous milestone between music and mas, Road March specialists capable of boosting power levels sky-high were convened.

Skinny Fabulous starts the musical whirlwind off with his proclamation that for this season there is No Other Way but to blow fetes into oblivion. A sentiment appreciated by Patrice Roberts who is out to cause Trouble from the instant she sweeps onto the stage. Meanwhile Machel Montano, the Monk Monté, zooms in to survey the scene, ready, willing, and able to bodily blast any female who as he says, Watching Meh. With all this excitement raging in the air Iwer George delivers his most direct message yet, which is to forget everything else and just Play D Mas.

Team Precision’s tempestuous rhythm serves as the dizzying force that will definitely lift heavy legs and recharge fading bodies throughout this parade of unbridled majesty.

Unquestionably, only the combination of these two trailblazing brands, TRIBE and Precision Productions, could ever deliver this heavenly union of sights and sounds generated purely from the life and energy to be found in Carnival 2015. 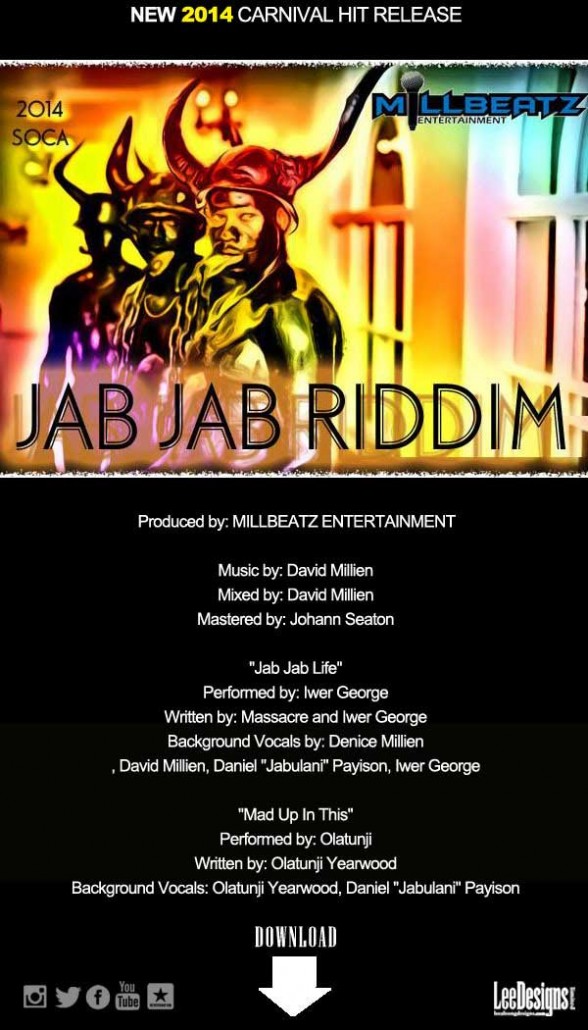 Olatunji – Mad Up In This
Written by Olatunji Yearwood