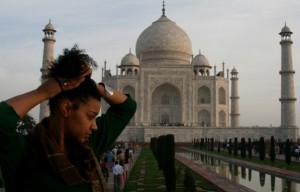 In less than one year, Nomadness LLC has launched one of the most innovative travel groups, taking Facebook by storm. Boasting over 3,500 members from over two-dozen countries, the invitation-only Nomadness Travel Tribe (of which Carifrique.com founder, Petra Laptiste is a member) is the new home for urban nomads, shattering the myth that people of color don’t travel.

Nomadness LLC, launched in April 2012, has positioned itself as the new cool kid in travel business. Specifically, its social media arm, the Nomadness Travel Tribe, has pushed itself into the forefront to create a voice for an underrepresented demographic of world nomads.  With stats that include seventy percent female, and ninety percent Black and Latino travelers, the Tribe has become an international family for those that prefer an urban stylistic of international vagabonding.

On the day to day, the Tribe functions as an online resource in which members have real time conversations about advice, anecdotes, photography, video, and the do’s and don’ts of hopping around the globe. It’s not unusual for a member who is stranded in a country to post a thread asking for help searching for lodging/transportation and being bombarded with options within minutes, from members all over the world.

In an effort to take the conversation offline, Tribe members are known for their weekly international Meet Ups, as well as the NomadnessX trips that the business core, High Council Members, organize on behalf of the group. Within the first year of conception, there have been five group trips (Panama, Spain, Germany, Toronto, Dominican Republic). The first of which had eighteen members in Bocas Del Toro, Panama and was recounted in the July 2012 Issue of Ebony Magazine.

“Being a young, Black female who traveled to over ten countries, and lived on three continents by the time I was twenty-five, I never found a travel group that spoke to me. They were boring and didn’t relate to my style or background. The entrepreneur in me said ‘Good, I’m going to create it,’ says Nomadness LLC Founder and Nomadness Travel Tribe creator, Evita Turquoise Robinson. In 2011, Robinson was noted by Clutch Magazine, as one of the ‘Top 11 Black Women Inspiring Us to Travel’. It was her wanderlust, and young energy that became the catalyst to launch into the travel industry, fully occupying this sector unlike anyone before her had done.

The Nomadness Travel Tribe’s 1 Year Anniversary was this past September 30th, and over one hundred fifty members traveled to New York City, from all over the world to meet face to face, at the Miss Jessie’s™ Hair Care and Hotel BPM™ sponsored event.  In addition, Robinson launched the Nomadness College Tour Series, with a focus on presenting to HBCU’s and diversity based clubs on college campuses, to spread the idea of travel after college.